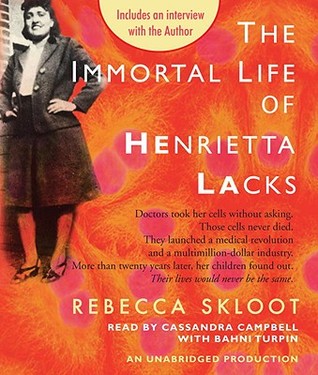 4 thoughts on “The Immortal Life of Henrietta Lacks- Rebecca Skloot”