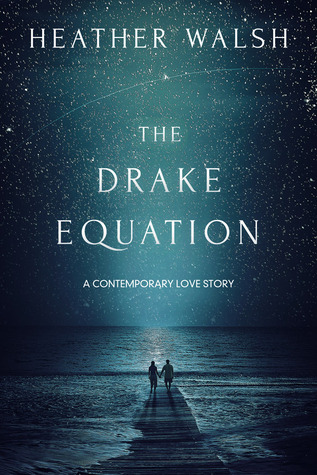 Emily works for a non-profit that aims to reduce carbon emissions and global warming, primarily by targeting the personal use of gas-guzzling SUVs.  At her annual Give Up Your SUV for a Day rally, she meets Robert Drake, a PR guy for a car company.  Robert and Emily have sharply conflicting political views, but are drawn to each other.  They go on a few dates, where Emily (obnoxiously) argues her political viewpoints while Robert calmly offers his counterpoint to her arguments.  Emily learns that not all SUV-driving Republicans are idiots and falls in love with Robert.  However, there remains a fundamental challenge to their relationship: Robert’s workaholism.  Can these two very different people overcome their differences to be with one another?

I raced through the first two-thirds or so of this book.  I enjoyed the part about Robert and Emily learning to accept one another in spite of their differing political opinions.  They really had a great deal in common and their differences made things more interesting, instead of coming between them.  I especially appreciated Emily’s personal growth, as she was quite obnoxious in the beginning, clearly not used to being challenged, and of the belief that anyone who did not agree with her was some sort of Fox News-watching, uneducated idiot.   But the book really lost steam for me when Emily and Robert break up over his insane work schedule.  Emily sort of goes off track and becomes really discouraged with her work after the break up and I understand that that was a plausible reaction, but it just didn’t seem very organic to the story.

Overall, this was a good love story.  The characters had fun banter and taught one another a great deal.   They also an interesting and unique challenge to overcome; it is rare to be able to say the plot of a romance is fresh.  But for all that, there were some flaws.  This could have used a better edit, for sure.  There were a couple of errors that totally took me out of the story.  For instance, Emily and Robert shake hands and then, without letting go, they interlock fingers and begin to hold hands.  If they both used their right hand to shake hands, this would result in them facing different directions as they walk away.  So, while it was a minor point, it was super distracting.  And I felt like the author didn’t have quite the same vision for the end of her story as the beginning– it just wasn’t as tight or thoughtful and ended up feelings a bit anticlimactic.  If you are looking for a romance with a fresh plot, though, this is a good choice, especially if you don’t mind a little polite political discussion.