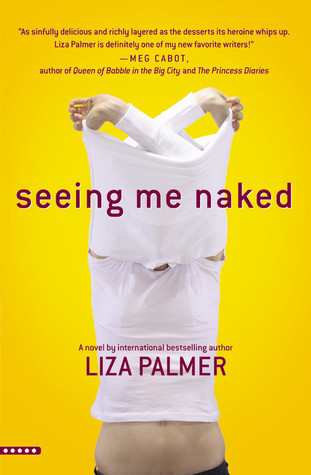 Elisabeth Page is the daughter of writer, Ben Page, who has the sort of celebrity rarely reserved for writers.  Her brother is heir apparent to their father’s throne, also receiving critical acclaim as a novelist.  Elisabeth chose to stay out of the spotlight by pursuing her passion for cooking, much to her parents’ eternal disappointment.  Years of working demanding hours for low pay have landed her the role of head pastry chef in LA’s hottest French restaurant.  While it is the prestigious role she always dreamed of, it doesn’t leave much room for her to be creative and demands that she work 70+ hour weeks.  Elisabeth has an on-again-off-again relationship with Will, a family friend, who never stays in town for more than a couple days at a time.  But a new relationship with the UCLA assistant basketball coach, Daniel, and the offer of a new job as a television chef have Elisabeth wondering if there isn’t something better out there and if it is about time she allows herself to be happy.

I really enjoyed this book.  Elisabeth is dealing with some difficult issues, particularly her emotionally distant and disapproving father and the fall-out from his selfish, philandering ways.  But she realizes that she deserves a shot at happiness and is willing to make drastic changes to her life to achieve that goal.  I like this sort of chick lit– where there is a lot of character growth and the character has issues that go beyond her love life.  Of course, I also enjoy the hit of romance.  Daniel was a good romantic hero, he was just a genuinely nice guy and had a lot of patience with Elisabeth, who’d never had a functional relationship before.

I did have a couple of minor complaints.  I wasn’t so sure at first about the first person present tense Palmer uses, but eventually I got enough into the story that it stopped bothering me.  And there was something just a little too tidy about the ending of this story that didn’t really fit with the rest of the story.  There are some pretty serious and real problems that Elisabeth deals with, so it kind of came off unnatural for everything to end in sunshine and rainbows.

Overall, though, this was the perfect kind of chick lit for me: smart, with a likeable but flawed main character, and a romance that I could root for.  I definitely want to read more Liza Palmer in the future (and in fact read another one of her books immediately after finishing this one).